Following on from the last 2 posts……….. the latest design published in The Knitter magazine (Issue 122) was also part of a group of designs I did inspired by the fashions of the early 20th century. I really like the long, lean lines of the late teens and early 1920s. This long wrap cardi has a twisted rib, tie belt and some very simple embroidery to add flashes of colour. Once again the design is knitted in the lovely soft, drapey British Blue 100 from Erika Knight. 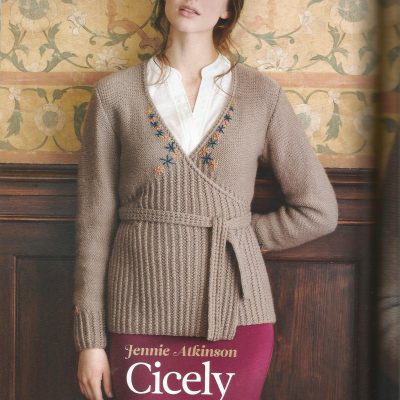 Cicely from The Knitter 122 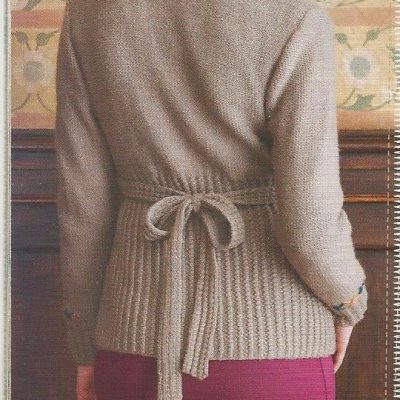 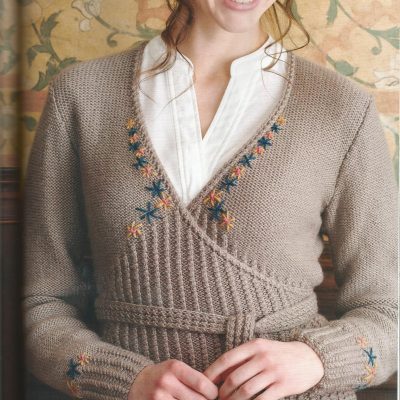 Originally I had envisaged a co-ordinating long ribbed skirt, using the embroidery colours – as seen in my sketch and swatches 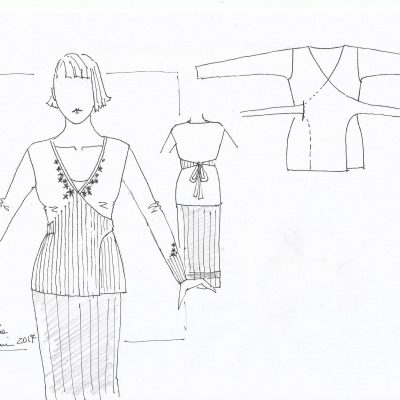 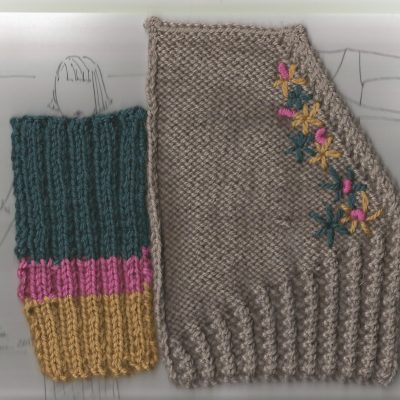